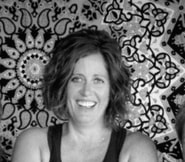 Beth McNally originally form Ohio, moved to Saranac Lake 9 years ago and immediately fell in love with all of  the beauty the Adirondacks has to offer. However, learning quickly that winters here can be challenging was encouraged to attend a hot yoga class and was immediately hooked. From that very moment yoga set off an awakening inside of her and instantly began a series of exciting and positive changes in her life. She then decided to deepen her practice and attend teacher training. She completed the course March 2016 through High Peaks Teacher Training 200 hour Vinyasa Program. Then since completing her 200 hour has become certified in Reiki - Level 2, Restorative and Yin Yoga.

Jackie Foster is a Registered Yoga teacher with Yoga Alliance.  She received her 200 hr. and 500 hr. certifications at Kripalu Center for Yoga & Health.  She has studied three levels of Integrative Positional Therapy with Lee Albert, NMT and she has completed the Ayurveda & Yoga Specialist certification at the Himalayan Institute in Honesdale, PA.  She recently completed the Y4C, Yoga for Cancer Teacher Training with Tari Prinster.  The integration of these modalities allows Jackie to develop practices that honor what is present for her students whether in group classes or private sessions.  She has taught in a number of Tri-Lakes locations since 2011.

Learn more about Jackie and her services at:  AdirondackJackieYoga.com

Anastasia Osolin is a certified Kripalu instructor since 2004, and has taught at The Yoga Loft in Canton NY, SUNY Potsdam, and Namaste Yoga Sanctuary in Ashville, NC. Anastasia is also an artist, writer, bookbinder, and a mother.  She lives in Saranac Lake.

Learn more about Anastasia at:  http://www.anastasiaosolin.com/

Kathy Sauers has lived in Saranac Lake for over 25 years and received 200-hour Yoga Teacher Certification from Kriupalu Center for Yoga and Health in Massachusetts in February 2016. “Regular yoga practice created
an opportunity to connect breath, body and spirit which led to a new outlook in my everyday life. I love the energy and encouragement from the class dynamic that I cannot achieve when practicing yoga at home.” Kathy offers a gentle invitation to new or returning students to embrace a gradual approach to yoga poses including clear, simple instruction appropriate for all levels of practice. 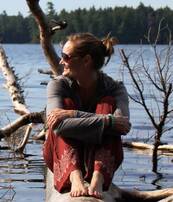 Sarah Reynolds took her first yoga class in 2008, and was immediately hooked on the sense of strength, energy, and peace of mind it created.  Since then, she has attended classes and workshops in numerous US and foreign locations, practicing vinyasa, power, “surf,” kundalini, yin, and restorative yoga, as well as the ever-blissful yoga nidra.  Sarah earned her Yoga Alliance teacher certification in Costa Rica, through an ashtanga-based training that combined the philosophy and practice of the primary series with the American vinyasa tradition.  In 2017, Sarah completed an ashtanga teacher training program led by David Swenson, and in 2018 she enjoyed a week of training in the Mysore tradition with David Robson. Sarah is also certified as an instructor of yin yoga, which focuses on stretching and strengthening the joints and ligaments, and serves as a healthy complement to vinyasa and ashtanga's muscle-building poses.

Damon Greenberg is a retired social worker. He has been practicing yoga for over twenty years. He has deepened his practice over the years culminating in a 250 hr teacher certification through Ashtanga Montreal in the summers of 2016 and 2017. Damon has also participated in several yoga workshops with David Swenson.  He has enjoyed learning from other yoga teachers by taking classes in a variety of places while traveling. He has a particular interest in proper alignment in yoga asanas. He is an avid skier and hiker, enjoying living in the Adirondacks. 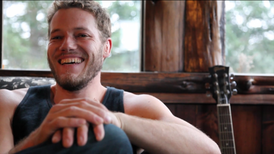 Lane Buzzell a local to Saranac Lake, 36 years old, and is a teacher of Jiu Jitsu. Jiu Jitsu which translates to "gentle art", is a submission based martial art where the fundamentals of its effectiveness come from techniques utilizing leverage, timing, and even deception. Through his marital arts career he has competed 17 times and has won 17 matches all in thanks to his understanding of the art. 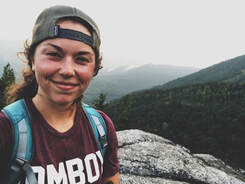 Kaet Wild began practicing yoga several years ago, experimenting mostly with slow, mindful, free flowing movements. In April 2018, she attended a 200hr teacher training in Costa Rica with Authentic Movements and her love for creative sequencing deepened. She moved to Saranac Lake immediately after completing this training and likes to refer to it as a magical vortex due to the incessant natural beauty and wonderfully supportive community. For Kaet, yoga has been a boundless journey toward freedom, independence, strength, love, and expansion. ​ 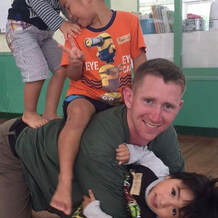 Gene Gaffney In 2011, Gene found a faint trail of yoga. Its physical benefit was immediately clear, and slowly over time, a sense of equanimity, resilience, and connection deepened.


Gene’s still finds himself on this now unmistakable path of yoga, honored to have shared his practice in unique circumstances, and is stoked to serve our community in this way! 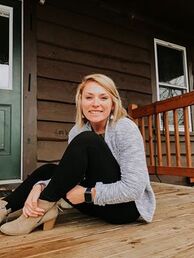 Gabi Bevilacqua Gabi is a Saranac Lake native spending most of her time with her family and two pups. She loves being outside exploring and staying active. Gabi fell in love with Barre when she was living in Ithaca! ​

Krystina Graves Krystina began her practice of yoga, chanting, and meditation in 1995. At that time, she was introduced to a female guru and received shaktipat initiation in the guru’s ashram. Since then she has worked with various teachers and has studied and practiced various methods for expanding consciousness and healing the heart. In 2008 she received her Masters of arts degree with a concentration in Consciousness Studies from Goddard college. She mentored online classes at Empire State College in religious studies, ethics, and critical thinking for five years. As a lifelong learning path, she continues to study and do spiritual practices. She shares her knowledge and guidance through workshops and private sessions.

Helene Gibbons  has been practicing yogic meditation for almost 15 years. She shares her love of meditation with clarity, honesty and joy. She has studied with several teachers, particularly Sally Kempton over the last 7 years. The practices she teaches are inspired by the Vijnana Bhairava, an ancient text from the Kashmir Shaivism tradition. 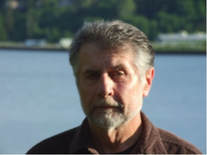 David MacDougall MA LMT is a certified Hanna Somatic Educator (1990) specializing in intelligent self-care for the reversal/prevention of muscle/joint pain. He has been a licensed massage therapist for 36 years and directed the NCCC Massage Therapy Program from 2002-2015.
​​